DUI with a Minor in a vehicle in Maryland

In Maryland, driving under the influence (DUI) is a serious offense, and the consequences can be even more severe if a child is in the vehicle at the time of the offense. For the purposes of Maryland law, any passenger under the age of eighteen can trigger additional, and more severe criminal traffic charges for transporting a minor while under the influence of alcohol or transporting a minor while impaired by alcohol.

DUI vs DWI in Maryland 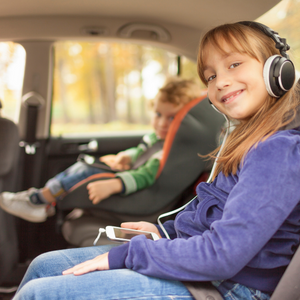 Drunk driving laws in Maryland are typically two tiered, the more serious offense of Driving under the influence of Alcohol requires a higher burden of proof, that a person's normal coordination was significantly impaired by alcohol. The lesser offense of driving while impaired, requires the state prove that a person's normal coordination was impaired by alcohol, which is a lower standard than the dui charge.

Additionally, a person can be charged with DUI perse if they have a blood alcohol concentration (BAC) of 0.08% or higher. This is calcualted using an Intox EC IR II machine, also referred to as an intoximeter, which is governed by strict regulations.

The consequences for a DUI with a minor in the vehicle charge can be severe. If convicted, a person can face up to two years in prison and a fine of up to $2,000. If they have a previous DUI conviction, they face a maximum penalty of up to three years in jail. 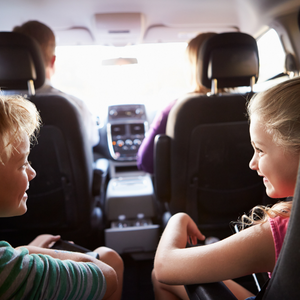 In addition to these criminal penalties, a person convicted of DUI with a minor in the vehicle may face other consequences. They may have to complete a substance abuse treatment program, install an igntion interlock device and they may be required to participate in community service. They may also be required to attend a victim impact panel, where they will hear from people who have been affected by drunk driving.

There are some defenses to a DUI with a minor in the vehicle charge. For example, a person may be able to argue that they were not actually impaired at the time of the offense. This can be difficult to prove, however, and it is important to have an experienced attorney on your side to help build a strong defense.

In some cases, a person may be able to plead guilty to a reduced charge, such as reckless driving or negligent driving. This can result in lesser penalties, but it is still a criminal conviction and it can have serious consequences.

Police in Maryland regularly stop vehicles without proper legal reasons. A stop of your motor vehicle will only be excluded if you convince a Judge that a stop was in fact illegal. A skilled DUI lawyer will know the ins and outs of the fourth amendment, and will be able to analyze the motor vehicle stop in your case.

Officer's Opinions can be wrong

Many DUI cases, especially those without a breath sample, require an Officer's opinion about a person's impairment.

A qualified DUI lawyer knows how to cut into the Officer's credibility, and convince a judge, or a jury that an officer's opinion is wrong!

Blowing under the limit doesn't make you safe

Charged with DUI? What to do next? 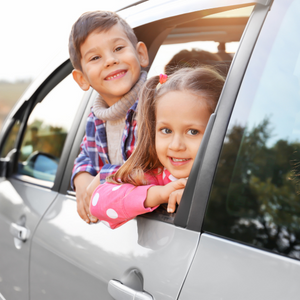 If you've recently been charged with a DUI in Maryland, it's imperative that you speak with an attorney today. There are deadlines that approach rapidly with regards to licensing. It's important to speak with a lawyer within a few days of being charged, as the administrative process for license suspension has deadlines within the first 10 days of your charges.

If you are worried about points on your license, it's imperative to hire counsel that knows how to convince a Court to offer you a probation before judgment in your case.

If you are convicted at trial, or plead guilty, your attorney may be able to ask the Court to strike their conviction, and instead place you on a period of probation. This has the legal effect of keeping points off your license, and allowing you to represent that you have no criminal record to potential employers.

If you have been charged with DUI with a minor in the vehicle, it is important to contact an experienced DUI attorney as soon as possible. Even a [first time DUI] charge can have long lasting consequences.

The attorneys with FrizWoods can help you understand the charges against you and the potential consequences, and they can help you build a strong defense. We will work with you to make sure that you can afford the cost of a dui lawyer.

Overall, DUI with a minor in the vehicle is a serious offense in Maryland, and it can have significant consequences. If you have been charged with this offense, it is important to seek legal help as soon as possible to protect your rights and your future.

Luke has a passion for his job and definitely set my mind at ease with my cases… He has excellent communication skills and always kept me aware of important dates and times… I honestly do not know what I would of done without him…he has the best judgment and compassion for his clients that I have ever seen..