Can you get a DUI for anything other than alcohol? Drugged driving in Maryland.

There are two categories of drugged driving charges in Maryland:

You can be charged with either of these offenses without an official drug test, based solely on the opinion of a police or law enforcement officer in Maryland. Proving these charges in Court is a different story, as the science behind the State's evidence is often subject to challenge.

What is driving while impaired by a controlled dangerous substance?

Driving impaired by a controlled dangerous substance, or drugged driving, is a charge in Maryland similar to driving under the influence of alcohol, or DUI. The maximum penalties for this type of drugged driving is based upon your prior convictions, if you have any:

Although this offense sounds much worse, it is the functional equivalent of driving while impaired. A person can technically be impaired from any type of drug, even an over the counter medication. The State doesn't have to prove exactly what drug that a driver was on either. Much like impaired driving from alcohol, impaired driving from alcohol and/or drugs carries the same maximum penalties of driving while impaired by alcohol:

How can the State prove I was under the influence of drugs or prescription medications?

Drug recognition experts are Police Officers who receive special training to "identify" a driver who is under the influence of drugs, including prescription medications, marijuana, and other illegal drugs. Drug Recognition Experts or "DREs" ask suspected drugged drivers to perform additional field sobriety tests, some of which may seem quite confusing. Common examples include the walk and turn test, advanced horizontal gaze and nystagmus testing, the modified rhomburg test, employing a pupilometer, taking a person's pulse, seeing how a person's eyes react to light, and taking their body temperature.

Many of these DRE tests can lead to false positives, and they are voluntary, not mandatory.

In most suspected drugged driving cases, Police officers will ask for voluntary submission to a blood test to rule out, or to prove, the presence of drugs in a person's blood. While blood alcohol content is a more simple science, drugs presence in a person's blood does not automatically mean they are currently feeling the effects. This is especially important in cases involving drugs and prescription medications with long "half lives" like marijuana impaired driving cases. Certain substances will remain in a person's body for weeks, or even months after their active effects have subsided. Drivers testing positive for drugs in a driver's system are often charged with a CDS DUI charge as a result of suspected drugged impaired driving. There is no "legal limit" for drugs in a person's system like there is in an alcohol case. Maryland does not have zero tolerance laws for drugged driving either, the focus is instead on how those drugs effected your driving. Presence of two or more drugs is not un common, especially for drivers who are prescribed medication.

Blood tests for drugs are optional; however, refusal could result in license suspension in the same way that refusal of a breath test for alcohol can.

What is a controlled dangerous substance? 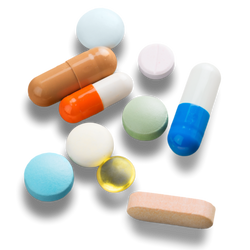 The first step in defending a drugged driving case is to build a defense with an experienced Maryland DUI Lawyer that addresses potential issues that could be present in your case. Some common examples include:

Were your driving skills actually impaired by the presence of drugs?

What's going to happen to my driver's license?

If you refuse a blood test based on an officer's suspicion of the presence of drugs that are impairing your ability to drive, then your driver's license may be suspended by the Maryland Motor Vehicle Administration. Further, if you are convicted of a DUI CDS case or DWI drugs case, you may receive points on your license if you do not receive a Probation before Judgement or "PBJ".

Drug use does not automatically make you unsafe to get behind the wheel of a motor vehicle. Many drugs do not effect cognitive functions or place other drivers at higher risk. Alcohol and drugs are VERY different, despite this, Police Officers treat these cases the same as someone charged with a dui related to alcohol. Maryland's laws aren't simple in drugged driving cases, and there's no established legal limit for any specific controlled dangerous substance. 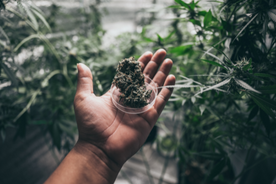 With the potential legality of Marijuana in Maryland on the near horizon, it will be especially important to retain an attorney who is knowledgable about marijuana's scientific effects on the body, and how to defend a "weed" dui.

At FrizWoods, our knowledgeable and experienced lawyers take pride in the fact that we are one of Maryland's most accessible criminal defense law firms. Through our 24-hour attorney line, our clients have access to top-notch legal representation 24 hours a day, seven days a week.

Aggressive criminal defense attorneys Max Frizalone and Luke Woods have a deep understanding of the Maryland criminal law process, and we will use our knowledge and experience to provide you with the most effective legal defense possible in your Maryland criminal case. Drug impaired driving is not an exact science, but you will need an advocate who understands how the state prosecutes drug impaired driving, which is much different than drunken driving. Even if your case involves fatally injured drivers, or fatal crashes, we can help represent you and protect you throughout the Court system.

So, if you are in need of legal representation in your Maryland criminal case, please contact us today to schedule a free consultation with one of our talented criminal defense attorneys.

Attorney max is one of the best criminal defense attorneys . He listens to you and really fight for you . He have helped me and my husband tremendously and he will do everything in his power to help your case. I highly recommend attorney max he was always polite and always available to answer all questions. Even if he was in court he would shoot you a text or get back to you after. He never act like he is too busy for you and he is very transparent with your case. Thanks max for all you done .