Home / Blog / DUI Under the Limit in Maryland

DUI Under the Limit in Maryland 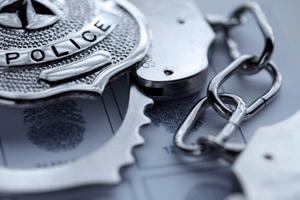 A driving under the influence (DUI) charge in Maryland can seriously affect your life.

Although the penalties for a DUI conviction in the state of Maryland vary depending on whether it is your first offense, even a first-time DUI charge can result in hefty fines and incarceration. In Maryland, a blood alcohol concentration (BAC) of .08 can result in a DUI arrest.

However, depending on the circumstances, it is possible to be arrested for a DUI in Maryland with a BAC under this amount.

In this article, we discuss the ways in which it is possible to be charged with DUI despite having a BAC under .08 in Maryland.

If you are facing a drinking and driving charge in Maryland, please contact an experienced Maryland DUI attorney today for assistance.

DUI and DWI in Maryland

There are two types of drinking and driving offenses realted to alcohol in the state of Maryland.

DUI, or Driving under the Influence of Alcohol

As noted above, the most severe type of alcohol-related offense in Maryland is DUI. Pursuant to Maryland law, a person with a BAC, or blood alcohol content, of .08 or greater is assumed by the authorities to be under the influence of alcohol.

The legal term for a BAC of .08 or above in Maryland is "under the influence per se."

DWI, or Driving while Impaired by Alcohol

The second type of drinking and driving offense in Maryland is called driving while impaired (DWI). Pursuant to Maryland law, a driver with a BAC of .07 is assumed to be impaired by alcohol. Driving while impaired by alcohol is a lesser offense, and requires only a showing of impaired normal motor coordination due to alcohol - less than the significant imapirment that must be shown for a DUI conviction. A DWI can be proven without a BAC, and is often the State's theory in a refusal case.

Blood Alcohol Concentration Levels in Maryland - Under the Legal Limit 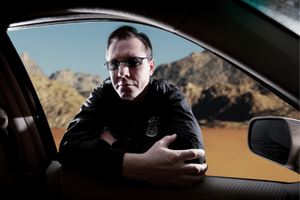 If a driver has a BAC of .05 or less, the legal presumption is that the person was not under the influence of alcohol and was not driving while impaired by alcohol. Despite this, the State may attempt to overcome this presumtion and still seek criminal charges.

This language is ambiguous, and can lead to a prosecution argument that the BAC shouldn't be considered exonerating.

If a driver has a BAC of at least .07 but less than .08, this shall serve as prima facie evidence that the driver was driving while impaired by alcohol. This presumption is rebuttable!

A skilled DUI lawyer might advise taking your case to a jury trial and arguing that you still were not impaired based on your field sobreity performance.

DUI Under the Limit

Although the legal BAC limit in Maryland to be considered under the influence per se is .08, a driver who exhibits signs of intoxication may be arrested, regardless of his or her BAC.

Below are some examples of situations in which a driver may face DUI charges despite having a BAC level that is under the legal limit. 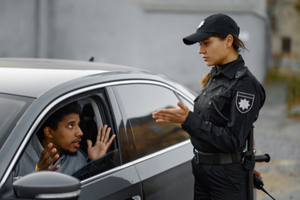 A law enforcement officer must have a valid, legal reason for pulling over a motorist. For example, in many cases involving a traffic stop, a law enforcement officer stops a driver for committing an offense such as running a stop sign or speeding. Sometimes, during these types of stops, the officer develops a suspicion that the driver is under the influence of alcohol.

Common signs that a driver may be under the influence of alcohol include the odor of alcohol on the driver's breath, open containers in the driver's vehicle, or behaviors that are consistent with intoxication.

In these types of situations, the officer will ordinarily request that the driver perform field sobriety testing, and perhaps take a preliminary breath test.

And even if an breathalyzer test at a police station reveals a BAC of under .08, the officer has the discretion to charge a driver for DUI based on the totality of the circumstances.

If a motorist drinks and then gets into a motor vehicle accident, he or she is almost certain to face some type of criminal charge, regardless of his or her BAC. If the the police suspect that a driver is under the influence after arriving at the scene of an accident, they may administer field sobriety tests to the driver.

Based on the results of these tests, they may charge the driver with DUI-even if a breathalyzer test reveals a BAC of under .08. In addition, depending on the circumstances, a driver in this type of situation may face a DWI charge.

Further, this behavior can subject a driver to civil liability. In the case of a driver who drinks and then causes an accident, the other parties who were involved in the accident may choose to file a civil lawsuit to obtain compensation for injuries and property damage.

Another situation in which a BAC under .08 can result in a DUI in Maryland charge is when it involves an underage driver. The state of Maryland has a no-tolerance policy when it comes to underage drinking and driving. DUI under 21 is a serious charge, and can have long lasting impacts on a young person's ability to drive and seek employment. Typically these cases are handled in juvenile courts.

Even low levels of alcohol in the blood can be enough to charge and convict an underage driver of drunk driving and underage consumption of alcohol. Specifically, any driver under 21 years of age who is found to have a BAC .02 or higher can be charged with DUI Per Se. 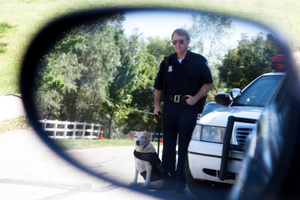 Like underage drivers, CDL holders are held to a stricter standard than other drivers when it comes to BAC. In Maryland, if a breathalyzer test reveals a CDL holder's BAC to be .04 or above, he or she can be charged with DUI.

If you are facing a DUI or DWI charge in the state of Maryland, you should contact an experienced DUI lawyer as soon as possible. At FrizWoods, our experienced and knowledgeable criminal defense attorneys are dedicated to defending drivers in Maryland against DUI and DWI charges. Don't let a worry about how much a DUI lawyer might cost deter you from seeking counsel.

Lead DUI attorneys Luke Woods and Max Frizalone have a reputation throughout Maryland for obtaining successful results for drivers facing drunk driving charges, and they are known for their aggressive and effective representation.

Please contact us today to schedule a free initial consultation with one of our experienced Maryland DUI attorneys.

I wanna say they meet a lot higher than my expectations with a very friendly and professional duration of there service and could always get in touch with them for any question or concern and I believe I got the best results I could have ask for....thanks again