Home / Blog / DUI Charges after an Accident in MD

Have you been charged with an Accident DUI Case? This is what you should do.

Police Officers are often the first responder to report to the scene of a motor vehicle accident. It is common for officers to charge drivers with DUI or DWI based on their initial observations of a car accident, if they believe that alcohol was a factor in the car accident. Courts across Maryland treat drunk driving charges resulting from accident cases more harshly then typical DUI cases, and are often unafraid to put a first offender in jail upon conviction if they aren't seen to be taking the charge seriously. This is where a DUI lawyer's advice is key, and will be necessary to combat a professional criminal prosecution related to a dui accident.

The attorneys with FrizWoods can help defend you if you are faced with these serious dui and dwi charges, and have experience handling drunk driving accident cases built over their combined two decades of criminal defense experience. We can help with Maryland DUI cases in District Court or Circuit Court. Often we are able to keep points off our client's driving records with favorable results. We can assit with MVA hearings that may result from your DUI charge as well.

I was just in an accident, what should I do?

This question, although seemingly simple, is actually quite complex. What to do depends entirely upon what type of accident you were involved in. If the accident was a single car accident, and no damage to property was caused, you may arrange to tow your vehicle and leave the scene without having to contact Police. If another vehicle is involved, or there is damage to property, you may have a legal duty to remain at the scene and provide insurance information. 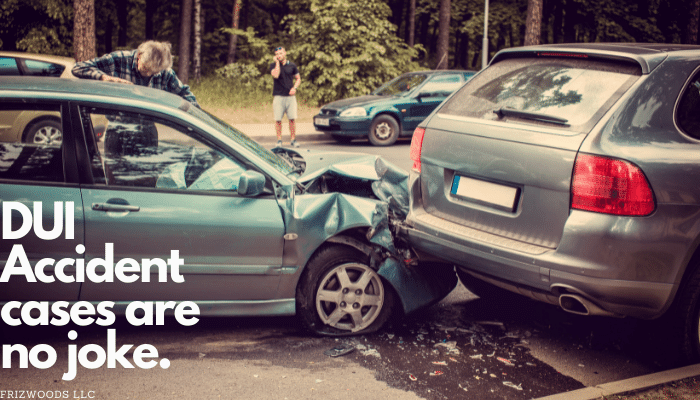 Single car accidents often involve a person losing control of their vehicle. While Police Officers may allege that this could only have been caused by impairment, there are often a multitude of other reasons a person may lose control of their vehicle. Many highways in Maryland lack adequate lighting, road conditions are often slick from recent rain, and drivers are often forced off the road by debris in the roadway.

The attorneys with FrizWoods can investigate the cause of an accident to properly frame the defense of your case. In single car accidents, it is rare for a witness to the accident to provide details to an officer or during a trial. These cases are therefore usually built on a high degree of speculation by the charging officer, which we can attack during a trial.

If you were involved in a multi car accident it is impertive that you remain at the scene of the accident and provide your insurance information to the other vehicle's driver. In Maryland, it is a criminal offense to leave the scene of an accident involving another vehicle, whether someone was in it or not. Multi-car accident DUI cases are extremely complex, due to the fact that there is almost always two or more parties involved. Additionally, damages to vehicles or injuries caused may be sought in the form of restitution.

There may be ongoing civil cases for personal injury for serious bodily injuries from a dui crash, which raises the stakes for a witness to appear at Court. In multi-car accidents, a DUI or DWI charges may be used to "assign fault" to a driver in an accident scenario. Much like single car accidents, it is rare for a uninvolved witness to the accident to provide details to an officer. It would be incumbent on your attorney to cross examine the other party in an accident during your dui case to show the Court that they have an incentive to fabricate the way an accident occurred to strengthen their personal injury lawsuit. 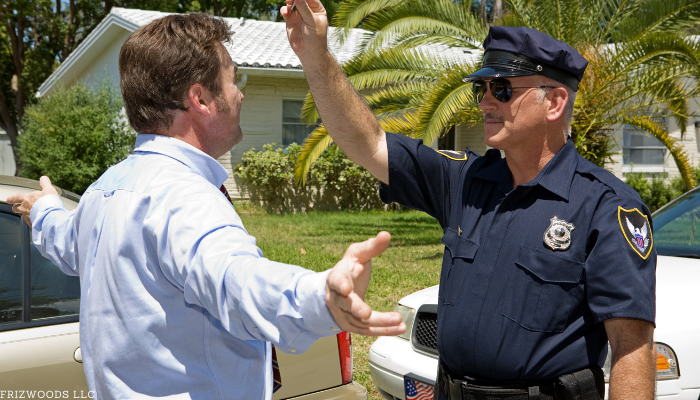 Do I have to perform the Field Sobriety Testing?

Contrary to popular belief, Field Sobriety Testing is optional. It is not settled law whether a refusal of field sobriety testing is an indicator of guilt, thus it is important to have a qualified dui lawyer in Court to argue against admitting a refusal to perform standardized field sobriety. Often times arrresting Officers phrase a request to perform field sobriety as a command, which could mean the difference between a Judge and Jury hearing scientific evidence of impairment, or just lay person testimony about the appearance and odor of a driver from the arresting officer.

Do I have to provide a breath sample?

What about a blood sample?

While you do not have to voluntarily provide a blood sample, Police may seek a warrant for a blood sample. They may also draw your blood in "exigent circumstances" In certain scenarios, Police may take blood without a warrant, specifically in DUI cases involving an incapacitated person. Police can also circumvent the warrant requirement in cases involving death or serious bodily injury. In Mitchell vs. Wisconsin the Supreme Court concluded that when a driver is unconscious and cannot be given a breath test, a blood test without a warrant is allowed.

I went to the hospital, can we use those records?

Medical records can be used in a DUI case, by both the State and your Defense attorney. In many cases, the State attempts to use Medical records to admit blood alcohol testing, not for information relating to serious bodily injuries sustained by a driver. While an inexperienced lawyer may let this evidence be admittied, there is a strong argument that the blood testing should not be admitted, or was not conducted in the manner prescribed by Maryland Statute.

What kinds of defenses could I have in my case.

Each case is unique, but accident cases provide the potential for a defense based on the proximity of the field testing to an accident, the injuries caused by an accident rendering those tests ineffective, and the possibility that the symptoms an officer believes are a DUI in fact being attributed to a recent collision. There are also additional defenses related to the administration of field sobriety testing and the manner in which evidence was collected. What may seem like a dui crash could simply be reckless driving by a party, but improper representation could result in jail time, especially in cases that involve accidents and serious bodily injury.

When you should contact a qualified DUI accident lawyer?

You should contact a DUI accident lawyer as soon as possible if you believe you are going to be charged, or have been charged. Contacting a lawyer will ensure that you have an idea of what type of charges to expect, and can stop Police from questioning you further. Speaking with a lawyer should give you an idea of what type of charges you could be facing, and what type of potential defenses you might have. Gathering evidence early on in a case is often crucial, as important video recordings, or potential witnesses often vanish over time. DUI convictions stay with a person forever in Maryland, so forming an attorney client relationship earlier is important when facing a dui charge.

If you've been in an accident while accused of driving drunk and have more questions, feel free to contact us and make use of our decades worth of experience successfully defending DUI clients in court. Our free consultations invoke attorney client priviledge.

I was at my wits end trying to figure out how to handle a criminal case in Calvert County when I reached out to Luke Woods, an attorney who has practiced for years in southern Maryland. He was completely professional and knowledgeable and answered all of his calls personally. He disputed the search and went after the state when they were looking to charge me. He got my case both dropped and expunged on the same day. He also expunged another case in Anne Arundel case at no cost to me. I could not have asked for better advocacy from this legal team.