A normal DUI case in Maryland is only a misdemeanor; however, the penalties, rules, and even the statutory framework itself, changes dramatically where a person dies as a result of the drunk driving or drugged driving. In Maryland there are two major types of charges a person could receive in the context of a DUI involving a death:

We will explore the variations of each of these types of charges below, which typically arise from a DUI Accident that becomes a dui death. It's important to remember that these statutes could include DUI boat accidents as well.

Manslaughter by vehicle or vessel

The Maryland statues carved out a specific section to address Manslaughter cases involving vehicles and vessels, or dui manslaughter. In Maryland, there are two different dui manslaughter charges that could arise from a vehicle accident:

Each of these charges carries a different maximum penalty, and a different standard of proof for each version of dui manslaughter. 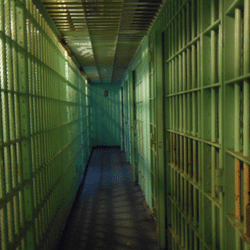 This is the most serious form of vehicular manslaughter that you can be charged with in Maryland. In a case for Gross Negligence vehicular manslaughter, the State must prove that the death of another was a result of the Defendant's driving, operating, or controlling a vehicle or vessel in a grossly negligent manner. In cases involving alcohol or drugs, or dui manslaughter cases, this is often proved through high levels of alcohol in a person's blood, or presence of drugs in their system.

This charge is a felony carrying a maximum sentence of ten (10) years of jail time. If a Defendant has a prior 21-902 DUI/DWI conviction, the maximum sentence is fifteen (15) years of incarceration in a Maryland State prison for a dui manslaughter conviction in a case involving the death of another person.

A Manslaughter charge arising from Criminal Negligence requires that the State prove a Defendant caused the death of another as the result of the Defendant's driving, operating, or controlling a vehicle or vessel in a criminally negligent manner.

The Statute defines criminal negligence as:

This charge is a misdemeanor carrying a maximum sentence of ten (3) years of jail time. This is a lesser dui manslaughter charge. 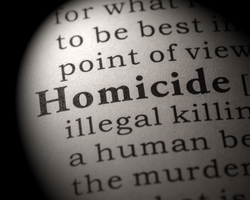 These charges are found in Criminal Law Article, Sections 2-501 to 2-508 with Homicide by Motor Vehicle while DUI or DWI, with each additional count under that section now classified as a felony. The relevant statute reads that a person may not cause the death of another as a result of the person's negligent driving, operating, or controlling a motor vehicle while under the influence of alcohol, under the influence of alcohol per se, or while impaired by alcohol or controlled dangerous substances.

So how is Manslaughter different from Homicide by DUI?

It must be more than just negligence or recklessness, and while alcohol can be a factor of gross negligence, so is excessive speed, flight from the scene, nature of the injuries and the damage, behavior prior to the accident, which all establish a driving pattern of extreme or outrageous character. If proven, vehicular manslaughter is a felony that carries a maximum penalty of 10 years. Examples of this would be blowing through a stop sign at 100 miles per hour, drag racing, falling asleep while driving, or similar situations.

Criminally Negligent Manslaughter requires "criminal negligence" which is considered a substantial gross deviation from the standard of care that a reasonable person would observe in the same situation, separate and distinct from gross negligence. In practice, the standard is an "in between" standard between gross negligence and negligence.

Simple Negligence is all that is required for Homicide by DUI. Homicide by DUI is the lowest standard of proof of all, requiring only that a person dies as a result of negligent driving while under the influence or impaired. Negligent driving is driving a motor vehicle carelessly or imprudently in a manner that endangers any people or property. While the level of culpability on the driving is less (simple negligence), the offenses are still considered felonies and carry a maximum penalty matching or exceeding the penalties of criminally negligent manslaughter.

Causation is the key.

Imagine two intoxicated drivers drag racing in two vehicles at excessive speeds down the highway. If an accident occurs where one of the drivers dies, the fact that the driver who died was drunk and racing a car himself is not a defense. However, it does mean that the State has to establish something more than the death itself and the intoxication of the driver.

If a car strikes and kills a pedestrian, and the driver is intoxicated, but there is no evidence that the driver could have avoiding striking the person, i.e. witnesses say the car was driving within the speed limit and the person jumped out into the road unexpectedly, the State will likely be unable to establish causation. 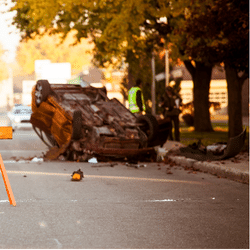 Given the proof requirements of causation and the need for the State to establish the level of culpability of the driver in order to assign the proper charge, like a dui manslaughter, the State often employs so-called "expert witnesses" usually a police officer, or other law enforcement officer who has received some basic training as an "accident reconstructionist".

The reconstruction generally involves interviewing any witnesses and taking a ton of photographs at the scene of the accident to capture skid marks, the damaged vehicles and surrounding environment and weather and road conditions in order to provide an opinion as to the cause of the accident. Accident reconstructionists often try to pull data from the computers taken from vehicles involved in accidents, also known as event data recorders (EDR). These computers are known as the "black box" for a car, and they typically record data up until the moment of an accident. DUI manslaughter cases are built on the backs of these experts, so challenging their opinions is often key in defense of a dui manslaughter case.

Accident reconstruction often involves plugging data gained from the scene into calculations to render an opinion as to the speed of the vehicle, point of impact, and other factors that can be presented to a jury so that they can determine whether driving was negligent (or criminally negligent, or grossly negligent), and whether that driving caused the death of another person. It is notable that these witnesses are usually police themselves and far from unbiased.

If I have been charged with homicide by DUI or DUI manslaughter, what should I do?

If charged with an offense as serious as Homicide with a DUI, or dui manslaughter charges it is imperative to have a criminal defense lawyer that has experience in cases involving accident reconstruction and homicides, as well as experience in arguing causation or the lack thereof in a client's case. MAny of these cases involve dui charges arising from drunk driving, or drugged driving involving controlled dangerous substances. Often the State lacks proof beyond a reasonable double as to a person's actual intoxication; however, drunk driving cases are often resolved with guilty pleas by ill informed defendants.

Max Frizalone and Luke Woods have experience in these types of cases. Specifically, Max has experience in prosecuting Vehicular Manslaughter cases, and Luke had a client fully acquitted on a Motion to Dismiss for lack of causation. Both have significant experience working with each other and apart from defending clients with serious felonies involving accident reconstruction, Homicide by DUI, and related offenses.

If you're looking for a criminal defense attorney to represent you in a dui manslaughter case resulting from a dui accident charge, call is for an attorney client priviledged consultation. We can help you deal with law enforcement officers, and help you avoid permanent driver's license revocation. WE are able to help with dui manslaughter cases across the State of Maryland, from Montgomery County, to Anne Arundel county, through Prince George's County and into Howard County.

Luke Woods is hands down one of the best lawyer I have ever used. He represented my wife in a case that everybody else wrote her off but Luke fought the whole way to get her s result that nobody thought was possible. He made himself available day and night and stop until she was happy. I would recommend him to everyone that I know.