If you are involved in a car accident in the state of Maryland, you are required by law to remain at the scene.

In fact, this applies even if there are no injuries and you are not the person who caused the accident.

If you fail to remain at the scene of an accident, you can be charged with hit and run, a crime which carries serious penalties, including hefty fines and incarceration.

In this article, we discuss the crime of hit and run in Maryland. 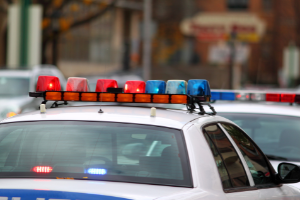 In Maryland, every driver involved in a wreck that involves property damage, injury, or death is required by law to remain at the scene of the accident until he or she has complied with the following requirements of Maryland Transportation Code Section 20-104:

Penalties for Hit and Run

Leaving the scene of an accident that results in property damage can result in a maximum fine of $500 and up to 60 days of incarceration.

Leaving the scene of an accident that results in serious bodily injury can result in a maximum fine of $5,000 and up to five years in prison. And if the accident results in death, then a hit and run conviction is punishable by up to 10 years in prison and a $10,000 fine.

In addition, a hit and run conviction in Maryland can result in an assessment of eight to 12 points against one's driver's license. 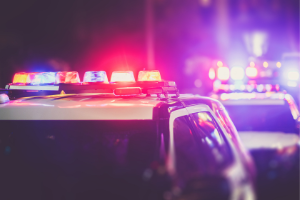 When a person is involved in a car accident, and he or she leaves the scene of the crash, it is often because he or she does not want to be held accountable for the accident. As we discuss below, there can be many reasons for this.

How Hit-and-Run Drivers are Caught 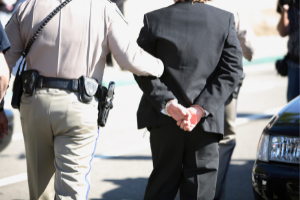 Since its inception, the program has helped law enforcement authorities locate vehicles that fled the scene of an accident involving death or serious injury. Further, advances in technology have made it easier for the authorities to discover hit-and-run drivers.

In addition to the Yellow Alert Program and advances in technology, there are several ways that law enforcement authorities work to identify drivers who leave the scenes of accidents, including:

This can include information like license plate numbers, descriptions of the driver, or even photographs taken of the driver.

In addition to cameras at intersections, businesses often have cameras that face the road. Further, people often use their camera phones to record accident scenes.

Therefore, it is increasingly common for camera footage to exist of motor vehicle accidents. So, when a person flees the scene of an accident, there is often footage available to help identify the hit-and-run driver.

And if the driver's license plate was captured, an arrest of the suspected hit-and-run driver by the police is practically guaranteed. It is important to note - the Police still must prove the vehicle's owner was in fact the driver at the time of the accident. 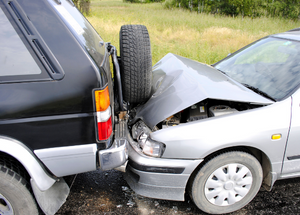 Vehicle damage can also be used to identify a driver who flees the scene of an accident. For example, following a collision between two or more vehicles, paint from the fleeing vehicle is often chipped or left behind as residue on the other vehicle or vehicles involved in the crash.

When this happens, the paint can be analyzed in a laboratory to narrow down the types of vehicles that use that color and brand of paint. In addition, the auto shop that repairs the at-fault driver's vehicle may notice damage that matches a police report and report it to the authorities.

Finally, a hit-and-run driver's friends or family may notice the damage to the driver's vehicle and report it to the police.

Finally, due to the advent of satellite technology, police can use telephone records to track down hit-and-run drivers. If a driver's cellphone's is on when he or she is involved in an accident, then the police, with the assistance of the phone company, can track the responsible driver's movements.

This field of cellphone triangulation is highly sophisticated, and is subject to challenge in Court. Typically the records used to create this "triangulation" include explicit disclaimers, that they shouldn't be used in Court.

This technology is particularly useful if the police have identified the driver through other means, but they cannot locate the driver to make an arrest. This only only usually occurs in serious Maryland hit and run cases involving injury or death from a hit and run accident.

Once the police have identified a driver involved in a hit-and-run accident, they will take steps to locate and arrest the driver.

Anyone arrested and charged with hit and run in the state of Maryland faces serious penalties, including jail or prison time and serious monetary fines. Therefore, if you have been accused of leaving the scene of an accident in Maryland, you should contact an experienced criminal defense lawyer as soon as possible to begin planning your defense. 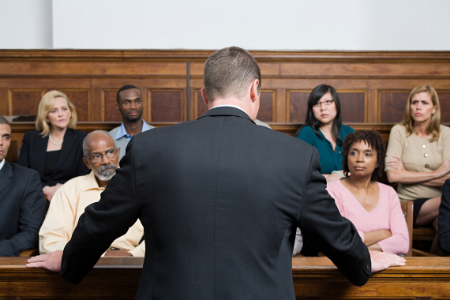 If you've been arrested for hit and run in the state of Maryland, you need a knowledgeable and experienced criminal defense lawyer on your side.

At FrizWoods, our criminal defense attorneys are passionate about protecting the rights of those who have been accused of crimes, including Maryland hit and run charges.

Attorneys Luke Woods and Max Frizalone are well known throughout Maryland for their ability to obtain successful results for their clients.

When you come to us for help with your Maryland hit and run case, attorneys Woods and Frizalone will utilize their vast criminal defense experience to provide you with the strongest defense possible.

So, if you are ready to begin fighting for your freedom after an accident, please contact us as soon as possible to schedule a free consultation with one of our experienced criminal defense attorneys.

Aggressive, experienced, and available. Max handled my case aggressively, gave me expert advice, and was available anytime I needed him. His experience and expertise in the field was evident from our first conversation. I’m 100% satisfied with Max, the firm, and the results of my case. I highly recommend this firm for any of your legal needs.