Home / Blog / Can you get a DUI on a Bike in Maryland?

Can You Get a DUI on a Bike in Maryland?

Riding a bike is not only a great alternative to cars, trucks, motorcycles, and other forms of motorized transportation, but it is an excellent way to spend time outdoors, unwind, and exercise. However, bicycles are not exempt from Maryland's drinking and driving laws.

In other words, those who operate bicycles in the state of Maryland are subject to similar prohibitions as drivers when it comes to drinking or using illicit substances while biking. In fact, cyclists charged with biking under the influence can face penalties similar to those imposed on drivers who drink or use drugs while operating a motor vehicle.

In this article, we examine whether you can get a DUI on a bike in Maryland.

A Bicycle isn't a car! 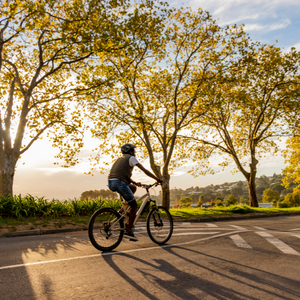 If we're stating the obvious - yes, a bicycle isn't a car. This does not mean that bicycles are excluded from DUI and DWI laws in Maryland. The short answer is that you can receive a DUI charge on a bicycle in Maryland.

There is one specific carve-out for mobility scooters for the disabled; however, these must fit specific criteria including that they must be self balancing, and have a maximum speed under 10 miles per hour.

Overview of DUI and DWI in Maryland

Before getting into the specifics regarding getting a DUI or DWI while biking, it is first important to understand the basics of DUI and DWI in the state of Maryland. Maryland law prohibits impairment from alcohol while driving, not drinking and driving.

Therefore, if you drink to the point of impairment and operate a motor vehicle or bicycle in Maryland, you run the risk of being arrested, fined, serving jail time, and dealing with the collateral consequences of a DUI or DWI conviction.

There are two types of drinking and driving offenses in the state of Maryland. The most serious of the two offenses is driving under the influence, which is commonly called DUI.

In other words, when a driver or bicyclist has a BAC of .08 or higher, the law considers that person to be under the influence. Even if a person is under the legal limit, they can be charged with a DUI or DWI.

DWI on a Bicycle in Maryland

The second type of drinking and driving offense in the state of Maryland is driving while impaired, which is commonly called DWI. A person with a BAC of .07 is assumed to be impaired by alcohol.

In addition to driving while operating a vehicle (or bicycle), it is a crime to drive while impaired by drugs, whether legal or otherwise.

In other words, operating a motor vehicle or bicycle with any combination of alcohol or drugs in your system that impairs your ability to travel safely is illegal.

Finally, a person who is under 21 years old and who operates a motor vehicle or bicycle with any level of alcohol in his or her system can be arrested and charged with DUI.

DUI/DWI on a Bike in Maryland

In Maryland, it is illegal to ride a bike while impaired by alcohol or drugs, and doing so can lead to a DUI or DWI charge.

Although riding a bike while under the influence or drugs or alcohol may not seem very serious, doing so can cause serious harm to yourself and others.

Examples of the types of harm caused by intoxicated cyclists include:

DWI/DUI Penalties on a Bike

Maryland takes DWI and DUI charges seriously-even if the you are riding a bicycle when you are arrested.

Therefore, if you've been charged with DWI or DUI in Maryland, you should contact an experienced criminal defense attorney for assistance.

Below is an overview of the penalties faced by those arrested for DWI or DUI on a bike in Maryland.

A bicyclist arrested for DWI in Maryland faces up to two months of jail time and fines of up to $500.

A cyclist arrested for DUI in the state of Maryland faces up to one year of jail time and fines of up to $1,000. In addition, a DUI in Maryland can result in a license suspension of up to six months and the required use of an ignition interlock device for six months.

Collateral Consequences of DWI/DUI in Maryland 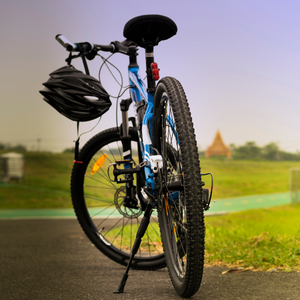 Given the seriousness of these consequences, it is important to obtain the assistance of an experienced DUI attorney before attending a Maryland Motor Vehicle Administration license hearing following a conviction of DUI or DWI.

In a straightforward DUI or DWI case, an offender who is represented by an experienced Maryland criminal defense lawyer has a good chance at avoiding jail time.

However, even in cases in which no jail time is imposed, the legal proceedings associated with a DUI or DWI charge can take up a lot of time. In other words, DUI and DWI charges require defendants to commit significant time and funds to fighting their charges.

For example, tasks associated with fighting criminal charges in Maryland include preparing for hearings and attending a certified alcohol education program for up to 12 hours. This can result in missed time at work and time away from friends and family. 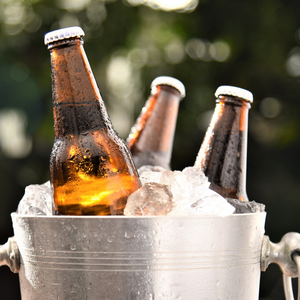 In addition to the above, a DWI or DUI charge obtained on a bike in Maryland can result in the following daily difficulties:

Ways to Prevent a DWI or DUI on a Bike

Given the above official and unofficial consequences of a DWI or DUI conviction in Maryland, it is important to take steps to avoid these charges.

Below are some tips for avoiding a DWI or DUI charge on a bicycle in Maryland:

Limit your alcohol consumption before operating a bicycle.

If you drink too much, use a ridesharing service or request a ride home from a sober friend who can transport your bike back home.

If your bicycle will not fit in the person's car who gives you a ride home, make sure that it is secured and can be retrieved the following day.

If you are facing a biking under the influence charge in the state of Maryland, you need an experienced DUI attorney on your side.

At FrizWoods, experienced DUI defense attorneys Max Frizalone and Luke Woods will aggressively defend you against your biking under the influence charge. In doing so, we will pursue the successful resolution of your Maryland DUI/DWI case while keeping you fully informed of our defense strategy and case goals.

At FrizWoods, we have a deep understanding of the Maryland criminal law system, and we will use this understanding to provide you with the most effective representation possible in your Maryland DUI case.

If you are ready to begin planning your defense, please contact us as soon as possible to arrange a confidential consultation with our talented Maryland DUI attorneys.

If I could give Max 10 stars, I would. Very diligent and professional lawyer that is excellent at his job. If you need a sign to hire him, consider this to be it. Thank you again Max!