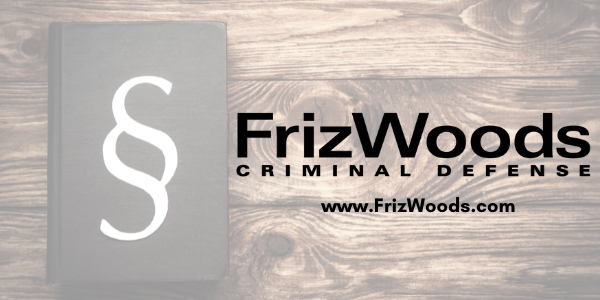 While this may seem like a simple law, it is in fact a largely confusing one, and has expanded the generally understood meaning of "firearm". Additionally, it appears that possession of a "ghost gun" may not be a criminal act until March 1, 2023, unless a person "knew" the gun lacked a serial number.

If you've received a ghost gun charge under Maryland's Ghost Gun Laws, you may be confused. This article will seek to clear up some of the common misconceptions reported by news agencies, and explain how Maryland's firearms laws have been modified by this new bill.

Maryland gun laws aren't simple. This article written by a Maryland Criminal Defense lawyer should explain the newest Maryland ghost gun laws, and explain how law enforcement will try to use them in the coming years. 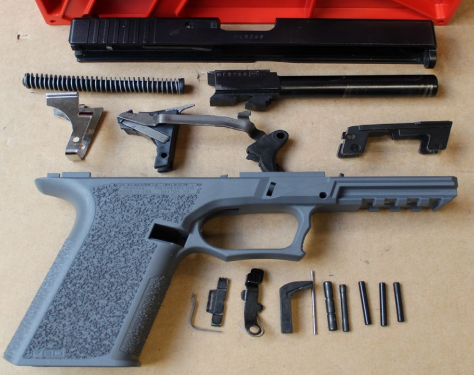 A Ghost gun is a new term, used to describe a firearm that was assembled without a commercially-applied serial number. Many organizations call these firearms "untraceable" or "more dangerous" when in practicality, most firearms are tracked through round and catridge anaylsis, as serial numbers typically only reveal information about the first purchaser of a firearm. Many firearms are transferred or sold after their first purchase, and this information does not necessarily travel with the serial number through the life of a firearm.

These "ghost" weapons are commonly sold online as a "build it yourself" styled kit. These kits have been used as a workaround for federal background checks, as a person's background isn't checked when purchasing gun parts, as they were not considered a "firearm" until assembled.

Practically, from the experiences of a Maryland criminal defense lawyer, the bulk of these kit guns that are found in Maryland criminal cases are handguns, specifically, Polymer 80 9mm handguns. Notwithstanding this, Maryland's new ghost gun laws effect all firearms without serial numbers, not just 9mm kit guns.

Maryland, and other States across the United States, have seen a rise in confiscations of these "ghost guns" and in response have sought to pass laws outlawing the possession, purchasing, selling, and exchanging of these firearms. In the process, the media and lobbying arms have sought to paint these firearms as "extra dangerous".

Most Maryland Ghost Gun cases will involve handgun related charges from two different areas of law, each of which has a different standard for what a firearm actually is. Additionally, different charges may apply based on the type of weapon, a handgun, or one of the "assault weapons" or "assault pistols".

The new change bolded above will now make even possession of a firearm frame a crime. This change will make the purchase or possession of 80% pistol frame kits impossible and a crime in Maryland.

We are still left with the question, what is a "frame or receiver?"

We can look to the Bureau of Alcohol, Tobacco, and firearms for an answer. The image to the left comes from a recent powerpoint they've posted about this exact issue. They have recently re-defined these phrases to:

"frame" now means the part of a handgun or "variants" (also a defined term) using a handgun design, that provides housing or a structure for the sear or equivalent-that part that holds back the hammer, striker, bolt, or similar component prior to firing.

"receiver" means the part of a rifle, shotgun, or projectile weapon other than a handgun, or variants, that provides housing or a structure for the bolt, breechblock or other primary component designed to block or seal the breech prior to firing.

While Maryland hasn't formally adopted these terms, it is likely that legal challenges will ensue that could result in Maryland adopting similar definitions.

Maryland has criminal statutes related to the wearing, carrying, or transporting of both handguns and assault weapons.

With regards to handguns, many of which are currently considered ghost guns, the wearing, carrying and transporting of these weapons on public roadways or in public is currently a crime.

The tricky part is that the term "handgun" is actually undefined under the Maryland Criminal Code. The term was judicially defined in Howell v. State, 278 Md. 389 (1976) to include a requirement that a handgun must be "capable of propelling missile by gunpowder or similar explosive". Currently, under Maryland gun laws, the State must show the seized firearm is capable of firing

Howell says that a handgun must be a firearm or be "readily convertible" into a firearm, which could exclude just a frame or receiver. This is currently an undecided area of law, which could remain unclear for the foreseeable future. Currently, operability is typically proven with a test fire certificate and witness testimony from law enforcement officers.

With regards to assault weapons, there is an exhaustive list of what is an "assault weapon" under Maryland law contained in the public safety article. 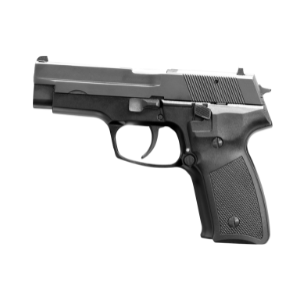 Included in Senate Bill 387 is the creation of a new subtitle in the Public Safety Article related to firearms. This subtitle is named "Subtitle 7. Untraceable Firearms".

Contained within that subtitle is a new statute, 5-703, which outlaws the purchase, sale, offer to sell or transfer of an unfinished frame or receiver unless it is equipped, in compliance with federal law, with a serial number.

NOTICE HOW THIS DOES NOT INCLUDE POSSESSION OF A FIREARM?

This is because possession of a firearm lacking a serial number is not a crime until March 1, 2023 unless it contains a serial number, or has had one added.

A person knew or reasonably should have known that the firearm was not imprinted with a serial number.

That begs the question, how on earth can a person put on the defense that they "didn't know" a firearm lacked a serial number without incriminating themselves? This subsection of the statute will enable the State of Maryland to begin charging ghost gun cases as soon as June 1, 2022.

New penalties for having a ghost gun in Maryland

A person who is alleged to have violated this section could be exposed to a misdemeanor conviction, that carries up to 5 years of jail time and/or a $10,000 fine. These potential fines and jail time are in addition to other criminal penalties a person could face for Maryland gun charges related to illegal possession by a prohibited person, like a felon.

Additionally, these firearms are often poorly constructed, and can cause a risk to their user and the public.

As far as being "untraceable", firearms are usually connected to multiple crimes through analysis of rounds and casings fired by the weapons that are then compared to other rounds or casings contained within the National Integrated Ballistic Information Network or "NIBIN" database.

A serial number doesn't change this analysis, nor does it make a gun any more "traceable", besides showing who first purchased the weapon. Often firearms are stolen, bought, and sold, so the original owner is typically not the one being charged with possession of the handgun or using it in a crime.

Have you received charges under a ghost gun law Maryland? It's possible you had a gun in your car, that you didn't realize was a "ghost gun". Our firm, FrizWoods, can help defend your charges. Contact us today for a free consultation, our phone lines are open 24/7. Speak with Max Frizalone or Luke Woods in a confidential consultation.

Don't try and handle your criminal case on your own, speak with an attorney at law today to avoid a potential for a criminal record. The criminal justice system isn't easy, that's why you need an expert on your side.